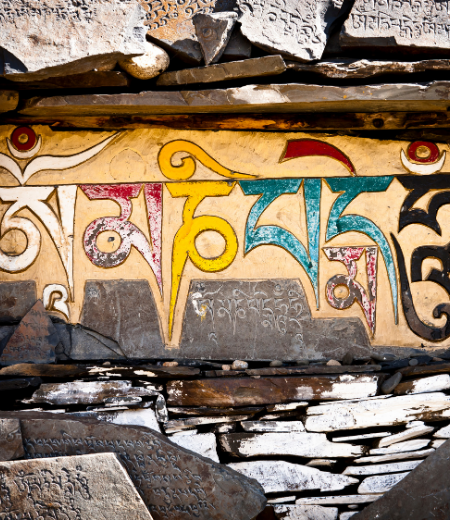 Yoga has precisely 42 different and precise definitions, in the Sanskrit dictionary, and further according to Hinduism, Buddhism, Jyotisha (Astronomy & Astrology) and various Sutras, but ultimately, Yoga the art and science always boils down to one thing. Samadhi a.k.a. Enlightenment or Re-synchronization with Nature.

In Shaivism, Yoga (योग) basically means “yoking & uniting”, and a Yogi will tell you that it’s necessary to do both – yoke and conjoin. Yoke and conjoin what is the question.

Spiritually, the term connotes meditation (dhyana), concentration of the mind (dharana), and the various techniques to accomplish that proficiently (Ashtangha).

Among Bhakti, Jñāna and Vairāgya, in every state of the relationship between myself and the God, viz. sālokya, sāmīpya, wherein that relationship is as servant to master or filial, sārūpya wherein the relationship becomes fraternal and steady and dhyana presides in the waking state, or even in sāyūjya, where there is only non-duality, wherein our relationship has become like that of lovers, amorous, Yoga is and remains the exercise of purposefully uniting the dual disposition of subject and object of worship.

Yoga (योग, “meditation”) or Yogapada, refers to a division of the āgamas — the four classes of devotion (Bhakti) or the states of spiritual life, and the four modes of sādhana, spiritual practice, that they entail. Thus, sālokya corresponds to ritual and moral conduct, sāmīpya to kriyā and iconography, sārūpya to yoga & meditation, and sāyūjya to jñāna, theology and gnosis.

The Yogatattva Upanishad, one of eleven Yoga Upanishads in Atharva Veda asserts the simultaneous importance of yoga and jñana. According to Puranic lore, it is jñana that reveals Brahman and it is yoga which is the concentration on Brahman. Taken together then, Yoga is the perfect union of Jivātmā and Paramātmā.

But perhaps the most popular definition is the one given by Patanjali in Book 2 of the Yoga Sutras – Samadhi Pada. Patanjali says it like this: yogash-chitta-vritti-nirodhah ||2|| योगश्चित्तवृत्तिनिरोधः ॥२॥ – “Yoga is (simply) the stilling, or otherwise controlling of the fluctuations of mind. And while it’s true that I have never been a fan of this particular definition for reasons that I lay out in great detail in my book The Rainbow Sutra of the Mirror Mind, still, when examined with impeccable attention and integrity, the definition offers an entirely approachable and actionable path to the attainment of Yoga. And yet it should be understood at the outset of your practice that the problem with this translation is also simple. That being one of action. For if one were to look closely at the Sanskrit one would come to realize that Patanjali is not necessarily encouraging an action towards the achievement of Yoga in the word ‘stilling’ (nirodhah), but rather calling our attention to the fact that Yoga is a state or condition of being found only when the churnings of mind (the vrittis) are stilled. So Yoga is both the stilling, and the stillness itself.