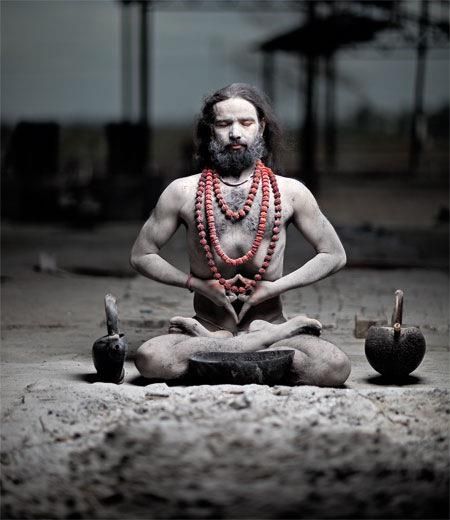 Yoga is mind-blowing for many reasons. Let me see if I can show you why.

Never mind that Patanjali defined Yoga as the means and the end result of actually having blown your own mind by way of reining in the sensory habits and stilling the mind altogether; according to the Sanskrit dictionary, Yoga has 42 other definitions besides!

Yoga, as an exercise, is perhaps the only physical science that is acknowledged as being able to hit the human trifecta resulting in positive development on all physiological, psychological and spiritual levels.

Yoga is at once a science and an art that inspires people of every culture on every continent. Yoga is at the foundation of Buddhism. It is ancient – perhaps the only ancient wisdom to have survived unadulterated into modern times. The God of the Hindus is called the Mahayogi, or Great, Topmost Yogi. Yoga is perhaps the only art/science that is totally accessible to anybody of any age, creed, religious affiliation, health condition, cultural outlook because it is completely neutral and not established in dogma of any kind.

Yoga, unlike religion or sports, has sub-paths for every human inclination; this is one big reason for its total accessibility by anyone. One can approach Yoga physically through Hatha, devotionally through Bhakti, socially through Karma, systematically though Ashtangha, intellectually through Gyana, mystically through Tantra or combine them all through Raja.

And yet none of that may be mind-blowing yet. So let’s bring in the fantastic. Yoga is magical! Yoga is the most widely practiced system of real magic on the planet. The occult renaissance may have made sigils, tarot cards and angel-language popular. The New Age may be having fun with words like Secret manifestation and energy work. Shamanism may have a following and the arts of the Craft may have their beautiful place in the nature of things, but the mystic arts of the yogi are second to none, though they find kinship with real Kung Fu masters. Kung Fu means inner truth after all. And truth is truth.

At the element of the earth, a yogi can control his breath, metabolism, circulation and prana, slowing down the all of the internal elements to produce extraordinary health, resistance to external events of extreme heat or cold and, of course, incredible longevity. But that’s not magical; that’s just physics. To get really mystical, we have to discuss the eight classical siddhis, or magical powers achieved by the advanced yogin. I’ll let you look up Ashta Siddhi on Wikipedia or something. And the siddhis don’t stop there. I think the list goes to a hundred! And we’re still only on the earth element!!

In the air element we have the abilities of persuasion and supernatural insight, a level of sensory perfection that cannot be gotten with an Oxford education. In the water and fire elements we find a level of creation and a real ability to manifest that blow Sai Baba’s jewels and Vibhuti ash clear out of the water. We’re talking about dreams come true level manifestation. Wealth, fame and life in empty wombs level manifestation. I’ve seen it! I know it up close and personal.

And then there is the spiritual element, the one wherein you ride the Time and Will of Nature, surfing Her elements as an intentional passenger, looking into creation and acting in such a mode of cooperation that the word co-creation takes on a whole new meaning. You have the ability to impact the world in such a way, and yet, with all that potential and ability, here’s where it gets mind-blowing finally.

Attain to that level of Yoga and now you will feel only to sit and watch quietly the play of Nature as the kids run around doing this and that, free and happy on their way. Influencing the drama is farthest from the mind. Peace of mind has been attained. Judgement is reserved for the Lord. Enough. I am happy. Thank you for my life and the grace you have poured over me. I am satisfied. I can go back now. These are the overarching thoughts in the mind of a yogi. He will stand in the middle and watch the plays of the dark and the light. And still, the eye of the yogi and the yogini will veer towards the light, for justice and support of the innocence.

Always good to have a yogi in your corner just silently watching, seemingly doing nothing. The attainment of Yoga makes one into something like a beautiful fountain spraying forth majestically. Kids will dance in the pool, passers-by will throw coins and wish upon joy, touching their deepest idea of love for a moment. Bystanders will look upon the beauty and simply relax into the pattern of the flow. Artists will paint and sculptors will want to reproduce the image. Every culture enjoys a fountain, every township would erect one in a place of prominence. People take their lunch by the fountain for a few simple moments of peace, sometimes removing their shoes to let their feet briefly touch the cool, calming waters that for some inexplicable reason bring instant joy and relief.

This is Yoga. At once a source, goal and method for anyone to achieve anything. Mind. Blown.