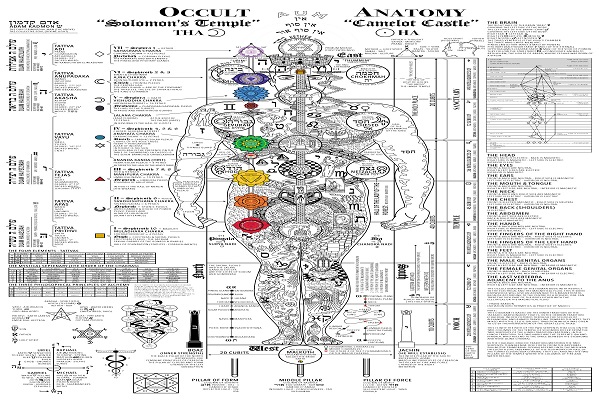 One of the most fundamental questions that a spiritual seeker asks is ‘who am I’. We seek to dissect the dimensions of Self to get at the ultimate truth of the human condition. Wisdom traditions throughout time have meticulously detailed the experience of embodied consciousness in precise maps and delivered these up as tools with which we might explore the existential terrain and formulate practices through which we might know layer upon layer both how we have come to be, and further, how we might become more. These maps are most often approached for the first time from the perspective of the lowest rung on the evolutionary ladder, the rung that sees us completely absorbed in and self-identified with the most mundane and grossest of these existential layers – the body and its closest 5 senses. For this reason, the sages quite literally took pains to present the subject in the most impeccable and precise language possible, that a seeker be ultimately enabled to find that which is being sought. That is the purpose of a map after all.

Regarding the glyph seen below in full, someone took a great deal of time to superimpose a variety of thought-systems, legends and myth, one upon the other, to create an elaborate, mystical-looking work of art with absolutely no practical application. The creation of this work was indeed a meditation in itself, praiseworthy in that regard, and perhaps self-serving as a personal practice, but from the outside looking in, a neophyte seeking to use this mandala-like pseudo-representation of reality as a meditation would soon find themselves lost. There are far too many reasons for me to make this statement, but I’ve alluded to several below.

We have here primarily representations from Kabbalah and Yoga-philosophy and Tantra, with a smattering of Hermeticism, Freemasonry, astrology and theoretical magic thrown in for good measure, and perhaps because it just looks really cool.

As the note at the bottom right indicates, the classical tradition has been tweaked. Sushumna Nadi is not present between the right and left channels (Ida & Pingala). Jacob’s ladder appears to be incomplete, manifesting only at the highest dimension – but what do I know? The artist has a vision. And yet for all that, the Druidic symbolism is really quite lacking in favor of the stereotypically occult. And then comes the woo-woo, most difficult to spot precisely because of the sheer volume of classical presentation, but a peek in the upper right-hand quadrant ought to inspire at least as many questions as oohs and ahs. The trinity is being correlated with physiology with a smattering of Chinese for good measure, capped off with linguistic attributions to boggle a mind that doesn’t know what it’s reading.

And then perhaps the most pertinent problem – how to apply this art to purpose. Any individual piece might be worked with, whether it be the intelligences, the celestials, the Tree or the Tattvas, and I say this, too, with not a little hesitation, for when the starting point is as shaky as this, it is only a matter of time before the entire path collapses beneath our feet altogether. But why are there only 7 of 36 Tattvas represented – what’s on the artist’s mind? And why associate certain tattvas with masonic language, others with Roman empirical Latin (viz. INRI) or prana with Adi tattva when it makes much more sense to correlate the Absolute with Akasha if anything, though I see where prana might be attractive. And if manas is associated with Atziluth, then where are chita, bodhi and ahamkara? No, someone has taken imaginative liberties, but it is only one well-versed in these arts that will be able to discern that. There is no Key to the artist’s map.

Taken together, this is an extremely enticing piece of work and one that many a spiritual aspirant will immediately gravitate towards and get lost in for years thinking themselves custodian of something. It’s what the Buddhists refer to as a near enemy of truth. Sometimes these enemies reveal themselves as ideas, like ‘unconditional love’ or ‘the guru is within me’, true on one level, not true on another, or in the distortion of deeper truths as seen in this ‘map’, revealing enough of the truth to not make you dismiss it out of hand, however with a fragility at its core that is sure to cause problems later for the simple fact of the matter that it is not true no matter how much one might want to believe. And there is the crux really. How willing are we to set aside our own stories and beliefs, really dig in and get at the ultimate truth of the matter?