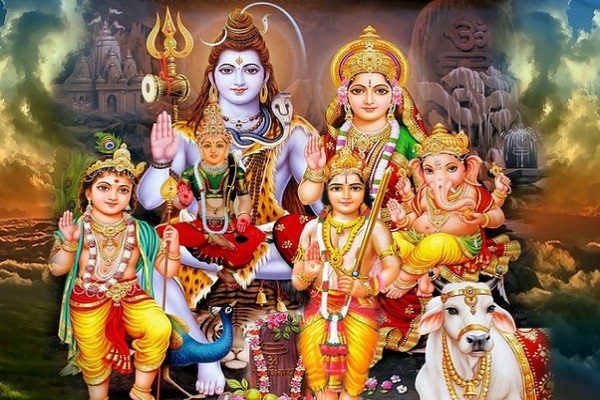 I walked with Shiva Shankar through the hills and valleys of the Himalayas for twenty years never once having seen the beginning or the end of Him. I tell you the truth.

He is my Father; I am His son. His very own. I am Skanda. He raised me along side the Maa. I played before His Holy Eye and worshiped His Lotus Feet.

He taught me the Tandava and all the 64 arts of the Yogin. He nurtured me, decorated me, gave me title and vel. And when the time came to do battle with Surapadman I was ready. Jai Mahadev. Jai Tripurari. Om Namah Shivay!

I served in His home looking after His animals, tending the fire, giving candies to the children and alms to the poor. We cooked together and talked together, meditated on the universe together. We watched the worlds together, in all the ten directions. And when He forgot I whispered the truth in His ear and brought Him back. His protector, ever among His most faithful servants.