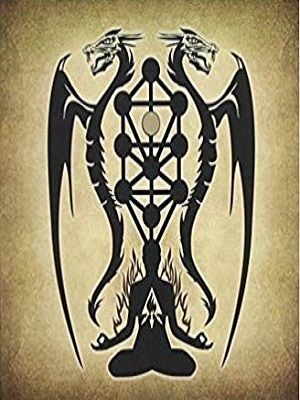 I am a Tantrik. I am a Yogi. I am Shivnetra-Aghor. I am a human being. And I will tell you the truth once and for All.

I will tell you a story about my experience with the vampire demons, but first let us agree on something very important.

We human beings are very special. We live our mortal lives in a physical shell that expires after some years, the duration depending on our life habits and some genetic information and this and that. We are special because we live in several dimensions simultaneously, including a mental and emotional dimension. Some human beings, depending on the development of the conscious faculties, may exist in other dimensions as well, including an intuitive dimension and other higher vibratory frequency dimensions, too. Vampires and demons, however, are confined to non-corporeal dimensions; it is rare for a human being to become so obsessed/possessed with demonic nature that the maleficent nature takes shape in the physical. Still it happens. There are severely maligned and twisted characters walking among us. Pray you truly never encounter one in your journeys and you don’t become one headline in the nightly news.

This is no bloody New Age joke people! This concept of evil and this and that is not a scapegoat for weak or ignorant psychology. Sorry, I was about to go off on a tirade against the injustice of misinformation. Let me bring it back to point.

But first, can we agree on the above? Vampires and demons dwell in the astral, in the imagination, in the nether dimensions – the Qliphot – the anti-universe – the obverse. They exist on the other side of Good Nature. They swim in the stench of repressed trauma, creating drama, sending smoke signals through polluted channels between sub and conscious mind. Don’t even get me started on those maligned human beings who for whatever their intention deem it wise to conjure such intelligence.

But to my story.

BE AWARE! You cannot un-see this. I’ll give you a little scrolling space and let you make the decision now.

This is what came to visit me, the night I decided I was stronger than God.

Seven of them to be precise, attacking me from all sides. They came at me quite out of the blue with no warning. I do not even recall now what ritual I may have been involved with, in which seas I had been swimming in my meditation, nor what had been my intent. All I remember are the Demon Vampire Eels, their anger, passion and purpose with which they bit at me, tearing at my flesh causing me to shriek in pain and inwardly cower though outwardly I would stand tall and firm, commanding them to bay with my most stern visage. I AM GOD! I thundered at them, raising my mighty Staff of Glory like some wannabe wizard out of a Tolkien novel. And you know what? Those bloody, god-awful things weren’t having any of my bullshit that night. They doubled down hard, may have even increased in number. Like a whirlwind they flew around me, sniping mercilessly, rending me, tearing from me every vestige of armored artifice I’d known.

And then I turned. The Gyan awakened. The true love for my Lord that I’d ever known since childhood, the love of truest innocence, the love at the core of me before the confusion of belief and illusion, faith and delusion had woven themselves around me like some impenetrable spider’s web was recalled. I dropped my weapons where I stood, let go completely my charade and surrendered totally, giving myself to death were it my Lord’s will to take me back into His embrace. I am nothing, I vowed truthfully. My Lord.

And those fucking things went back to the depths of fear from which they’d risen never to be seen again.

I was twenty-seven years young, fifteen years on the path of an esoteric wanderer and a mere three years with my Guru. A novice energy-artist still coming into my own, slowly being initiated into the ways of the wise; I’d already had the experience of the gas explosion from the crown of my skull, a totally visceral experience that seriously felt like a huge head fart that so surprised me I jumped out of my seat when it happened. But you know, the whole point of the story is this:

This is not Kundalini.

These kinds of constructs are so indicative of the world condition, particularly the world of western thought. You’ll not often see an Indian ask a question like this, mainly due to the fact that they generally know what Kundalini means and haven’t just adopted a generic New Age term to suit whatever manifestation of fear they are currently dealing with.

I know this isn’t what the majority want to hear. People who are suffering under the illusion of their fears want other people to identify with. Moreover, we look for a scapegoat, something to blame, other than our own beliefs, for any suffering we currently deal with. A supernatural scapegoat that at once grants us a special place in the universe due to our empathy or our paranormal connection with God, as well as an excuse to hold on to our ignorance and not deal head on with the problem.

I write of my experience and then further on the truth, because there are a few who are consciously suffering, willing to chew on the truth and put in the effort required to overcome themselves and grow into quiescence.

Yes, we are energy. Yes, we are Purusa and Prakriti and every manifestation thereof. Yes, all energy boils down to the One. Yes, everything can be said to be a manifestation of Kundalini. But that’s not what we’re talking about right now, is it? People want to believe that their suffering is a result of something mystical. It’s not! Suffering is a result of illusion. Delusion. In some way, we are kidding ourselves. And it behooves us to get honest because as soon as we do, the demons will disappear.

The process of Kundalini Tantra includes a purification process. All our shit has to be dealt with before sublimation can occur. Someone can say that their pains and strains and sufferings are a result of a spontaneous awakening, a half-awakening. Sorry, but that’s not how it works. Our physical and mental energies will move this way and that, sure. But just listen to how this sounds – God woke up in me and now I’m in pain. Fucking ludicrous, no?

Kundalini is the Goddess. She is our Mother. When She wakes up you will know it because your love and devotion will only intensify and those by-product siddhi (powers) that are now yours to do with as you please will either hold very little interest, or will be employed in the service of your brothers and sisters and the rest of the Big Family that shares this great guest house we call Earth.

Kundalini Tantra is a process of Union. There is a time-tested, precise method for developing the Self in just such a way as to allow Her manifestation through you. Yes, there are rare cases of this and that. But, please, before considering yourself to be one of those rare cases, maybe find yourself a real master, learn a bit of humility and patience, at the very least get acquainted with some of the traditional literature on the subject of Kundalini Tantra, not the western re-writes, though a few good texts exist – but how is a novice to know? No, go to the source first. Learn what a real manifestation of Kundalini Shakti is supposed to look like. And if you can’t be bothered, well, try giving yourself this test.

Call for rain. Call for the waters to move. If you can manifest the waters, then you’ll know for sure that at least one of the siddhis has been granted to you and maybe you have a good reason to assume your experiences are related to an awakening of the Grace of Ma within you. If you can’t do even that, it’s time to get over your illusion and get back to the basics of purification.